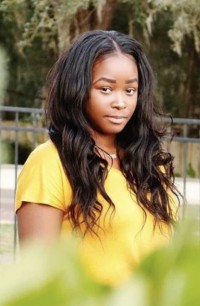 A proud member of SeriesFest since 2015, Claire currently serves as the Director of Programming where she oversees all programming for the annual festival based in Denver and year round initiatives including the Storytellers Initiative in partnership with Wondaland Pictures, Women Directing Mentorship in partnership with Shondaland, Spotlight Your Town Initiative in partnership with National Geographic Films and Visible, and Independent Pilot Competitions including the Digital Short Series, Late Night, Pilots in Progress, and Collegiate Spotlight. Before joining the SeriesFest team, Claire focused on applying her passion for storytelling through producing theater and television for Triptyk Studios based in NYC (An American In Paris, Amelie: The Musical, Xanadu). 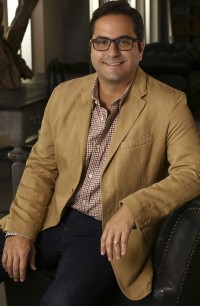 Beth has been with SIFF since 2003, and is responsible for managing the artistic vision of SIFF, including all aspects of programming for the Seattle International Film Festival, SIFF Cinema’s 5 year-round screens, and the SIFF Education team. Graduating from the University of Iowa with a Masters degree in Northern Renaissance Art History, Beth moved to Seattle in 1993, and has worked as a baker, bartender, art docent, and digital prepress technician. She secured SIFF’s status as an Academy Award® qualifying festival for short film in 2008. Beth currently serves on the Board of the Film Festival Alliance and the City of Seattle Film Task Force. In addition to her daily work in programming, Beth has served on juries and panels in Palm Springs, Park City, Cleveland, Calgary, Vancouver BC and Berlin, Germany.

Doug Lantz is a 5 time Emmy award winning producer/documentary filmmaker, who has worked in television broadcasting and film for the past 22 years. He is currently a supervising producer for Good Morning America and has worked with many prestigious journalists including Diane Sawyer, Robin Roberts, George Stephanopolous, Peter Jennings, Barbara Walters and countless celebrities. His credits have included the following networks/shows/studios: Miramax Films, Disney, Disney Channel, A&E, Discovery, Inside Edition, Cops, Biography, Good Morning America, Nightline, 20/20 and World News Tonight. His passion for film extended into founding and directing the largest film festival in Puerto Rico. Outfest, is the Los Angeles non-profit dedicated to the exhibition and preservation of queer media, and the education and career development of the next generation of queer storytellers. He is responsible for all aspects of Outfest’s year round events, including Outfest Los Angeles, one of the world’s most prestigious LGBTQIA+ festivals. He has over a decade of experience in the finance, production and distribution aspects of the industry. Mike joined Outfest after five years as Acquisitions and Distribution Executive at Radiant Films International, and five years prior to that as a Creative Executive at Hyde Park Entertainment. He has previously served as the Director of Programming for the Indian Film Festival of Los Angeles (IFFLA), as an Associate Programmer for AFI FEST, and a Shorts Programmer for Aspen Shortsfest. He has sat on juries for film festivals in Denver, Philadelphia, Palm Springs, and Whistler, and attended markets in an advisory capacity in Cannes, Melbourne, and Goa.

Jasmine Bryant has been working in the entertainment industry for over 20 years now, and in that span, she has worn almost every hat above-and-below the line you can think of. As of 2016, she became the proud owner of Rebel Revel, a creative studio that specializes in graphic design, film editing and color grading. In addition to that, she has been Associate Director of Programming for DC Shorts Film Festival since 2017. Besides her festival credentials Jasmine is also an artist exhibiting in the DC area and beyond. 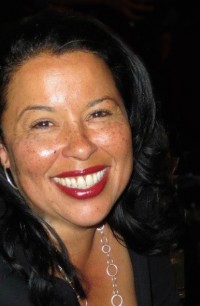 Roberta Munroe has produced and/or written & directed over 40 award-winning short form and long form projects including films, and television pilots, independently, and for companies such as Fox Searchlight, AT&T and the United Nations (UNFPA), and she credits stars Lili Tomlin, and Olympia Dukakis for teaching her old school professionalism. Her work has enjoyed massive success at festivals worldwide, (Sundance, Tribeca, SXSW, Venice, and Tokyo Short Film Festival), won many “Best Of” awards, and/or enjoyed a theatrical release and television broadcast (MTV, Netflix, CBC). More on IMDb. She is the creator of, DETOX, is a half-hour dramedy about toxic masculinity that was selected for the 2020 Canadian Creative Acceleration Program, “Searching For The Next Schitt’s Creek”. A proof of concept for DETOX was written and directed by Munroe in 2019 starring Marcus Henderson (Get Out, Homecoming, Tacoma FD), Chiké Okonkwo (The Birth Of A Nation, BeingMary Jane), Angel Parker (American Crime Story, Runaways, Ghost Tape) and AzMarie Livingston (America’s Next Top Model, Empire). Munroe’s directorial debut Dani and Alice (a 2005 Fox Searchlight Directors Lab project) played at over 120 festivals globally and was the recipient of many “best of” awards, including the PlanetOut Best Drama Award. It starred Yolonda Ross (Treme, The Chi) and Lisa Branch (Law & Order) and received a distribution deal with Wolfe Releasing and was featured on MTV, andNetflix. Her second short Happy Birthday enjoyed the same level of success in 2008. In 2009-2011 Roberta was commissioned by the UNFPA to create two projects, Maya and Family Prayers, with a focus on Arab states, and eastern Europe. Roberta’s third directing project, The Sibling Code premiered at the Nantucket Film Festival in 2016. Ms. Munroe has an exceptional eye for story, casting, post-production and target audiences. As is evidenced by her work at the Sundance Film Festival, where Roberta launched the careers of hundreds of filmmakers including, Aurora Guerrero (Queen Sugar), Cary Fukunaga (True Detective, Beast Of No Nation), the Duplass Brothers (Togetherness, Room 104), Tiffany Shlain (The Tribe, Connected, 24Six Life), Seith Mann (The Wire, The Walking Dead, Homeland) and Taika Waititi (Jo Jo Rabbit, Hunt For The Wilderbeast, Thor). Roberta is a champion of all great art, and ice cold martinis. She lives in Silverlake, Los Angeles with her rescue Min Pin, Luchador.