THE REVIVAL follows a second generation Southern Baptist Preacher who has a secret that is tearing him apart. Based on the award winning play, THE REVIVAL explores faith and homophobia in the deep south.

The story follows Eli, a southern baptist preacher in Hot Springs, Arkansas. His congregation is dwindling because of a nearby megachurch. With hopes of inspiring his flock and fulfilling his father's legacy, a revival is planned. Tired and hungry, Daniel wanders into the weekly potluck at Eli's church. They are immediately drawn to one another and events are set in motion that will alter their lives forever. As they begin to fall in love it becomes clear that someone has been watching them, and their secret life is no longer safe. This forces Eli to choose between his love for Daniel and his love for God, his church, and his family. THE REVIVAL is a story that asks -- how far will you go for the things you believe in? 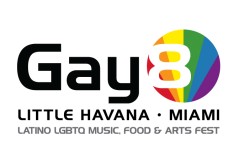