Working single mother, Amara, leaves her two boys at home with their domineering Aunt Rose. Rose has her eyes on the older son Ulysses as he steals nylons and wears his mother’s shoes. Ulysses is just beginning to explore his identity and sexuality. When Rose demands an end to it, the boy escapes to the Village and discovers both supportive friends and the inspiration to become exactly what he is feeling inside. A musical coming-of-age story is all the better for tackling multiple sides of the young LGBTQ experience, with compassion and heart combined. 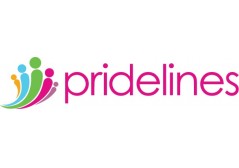