Language: In English and Spanish with English subtitles.

Chavela Vargas is a legendary, chanteuse who revolutionized music in Mexico and challenged the stereotypical macho and hetero cultural norms of the times. With her masculine dress, raspy voice and cigar-smoking, gun-toting persona, Vargas was an unabashedly out lesbian singing music traditionally reserved for men. However, her fierce and haunting voice went silent after a long struggle with alcoholism. Despite the odds, Vargas re-emerged as one of Mexico’s greatest musical treasures. This epic film beautifully captures Chavela’s fearless life, powerful music and passionate love affairs, including her romance with the equally magnificent Frida Kahlo. 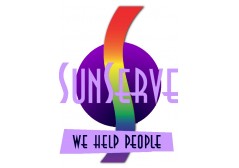