With the United States gripped in the panic of the Cold War, President Dwight D . Eisenhower deems homosexuals to be “security risks” and orders the immediate firing of any government employee discovered to be gay or lesbian . It triggers a vicious witch hunt that ruins tens of thou- sands of lives and thrusts an unlikely hero into the forefront of what would become the modern LGBT rights movement .The Lavender Scare shines a light on a chapter of American history that has never received the attention it deserves .

"..a story for all ages to appreciate and is a film everyone should see..." 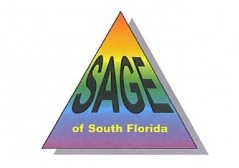