Football star Charlie has the world at his feet and his future stardom is seemingly mapped out, but the teenager only sees a nightmare. Trapped in the body of a boy, Charlie is torn between wanting to live up to her father’s expectations and shedding this ill-fitting skin. Charlie’s next move will tear the family apart and threaten everything they hold dear. Just Charlie is a heartwarming story of a fun-loving teenager who unveils a secret that takes him on a road paved with obstacles, prejudices and confusion. 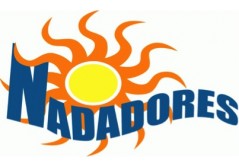