After Billy Cooper was discharged from the Army, he went back home to Texas, but left barely an hour later. Ten years later, Billy’s little brother Joe travels to Los Angeles with news that their hardened military father is dying and to bring Billy home. After a couple beers, a few laughs, and a lot of convincing, Joe and Billy hit the road to home, where old wounds prove ripe for reopening. When the true reason for Billy’s discharge comes to light, it threatens his already threadbare bond with Joe.

"...a gem in many ways and one of the Do-Not-Miss films in the festival!" 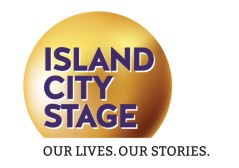