Language: In Japanese with English subtitles

After being abandoned by her mother yet again, 11-year-old Tomo moves in with her good-natured uncle Makio, only to find that he is now living with his transgender girlfriend Rinko. Though a bit surprised at first, Tomo soon bonds with Rinko, a soft-spoken caretaker who makes exquisite lunch boxes. Rinko teaches Tomo to knit and showers her with motherly warmth. Though faced with prejudices and challenges, the three reimagine the nuclear family, on their own terms. Close Knit is a big-hearted film that depicts an alternative family structure with gentle candor. 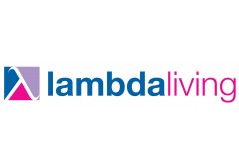