CENTERPIECE FILM - EAST COAST PREMIERE
Exploring universal themes of identity, dreams, family and love, Rebels on Pointe is a film celebrating the famous Les Ballets Trockadero de Monte Carlo. The all-male, comic ballet company was founded in the 70s on the heels of New York’s Stonewall riots and has a huge worldwide cult following. The film juxtaposes behind-the-scenes access, rich archives and history, intimate character-driven stories, and amazing dance performances. It’s a story which ultimately proves that a ballerina is not only a woman dancing but an act of revolution in a tutu.

Director, Bobbi Jo Hart, and Dancer, Carlos Hopuy, expected to be in attendance for a Q&A after the film. 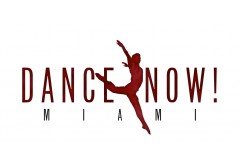