EAST COAST PREMIERE
Tamara tells the remarkable, true story of Tamara Adrián, Venezuela’s first transgender politician. In a country with highly defined gender types, Tamara lived as Tomás Adrián, the son of a conservative family who became a successful lawyer and academic with a wife and family, despite harboring strong feelings of identifying as female from a young age. He is determined to follow his heart, even though it will turn his whole world upside down and put his life at risk as he struggles to become the woman he truly is. 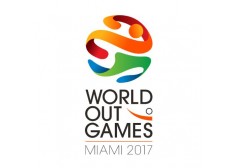