A Change of Heart - MADE IN MIAMI FILM

MADE IN MIAMI FILM

Ally Award Recipients Gloria and Emilio Estefan will be honored

Frustrated with the cards life has dealt him, Hank (Jim Belushi) is a man whose circumstances have driven him to fear diversity, yet his Central Florida town is adhering less and less to the white, straight profile with which he’s comfortable . After suffering a heart attack, Hank’s life is saved by a transplant—but will Hank’s body accept a donation from a Puerto Rican drag queen? Playing on both the literal and symbolic significance of that most treasured of organs, A Change of Heart conveys the sort of story America needs right now, reminds us that even the most hardened among us can learn to embrace difference, accept love, and move on with life. (Synopsis by: Miami Film Festival) 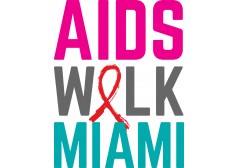