During a nasty divorce, Butch, the 67 year-old Jewish macho and homophobic owner of a South Florida auto-wrecking company, hides from the law…as a woman, setting off a twisting tale of discovery. Naming herself after her two idols – Gloria Estefan and Gloria Steinem, she decides to remodel herself in much the same way Butch once lovingly restored his old cars. As a senior citizen, she undergoes a risky sex-change operation, becomes a dominatrix, then a transgender activist, and finds love all while trying to reconcile with her dysfunctional family. Uncle Gloria: One Helluva Ride is a darkly funny, stranger-than-fiction film full of family drama and fireworks. In the end, we all would love to have our very own Uncle Gloria. 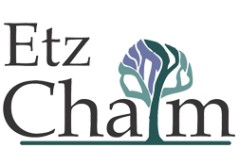