Political Animals tells the story of the civil rights struggle of this century – the gay rights movement - through the eyes of four elected women, often left out of gay histories until now. Emotionally charged like its subjects, the film follows four ground-breaking lesbians who took the fight for the causes most personal to them and their communities off the streets and into the halls of government. Fierce, determined, focused and passionate, these women had the courage and foresight to start the work of legal rights of the LGBT community. 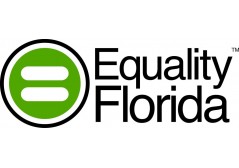