Language: In Spanish and English, with English subtitles

Growing up in rural North Carolina, Moises Serrano fell in love with a country that refused to recognize his full humanity - both as an undocumented immigrant and as a gay man. Forbidden follows Moises’ personal journey as an activist fighting for the American Dream. Moises is an ideal character for challenging stereotypes about undocumented immigrants and same-sex couples. Viewers can readily connect to his passion, complexity, and all-around likability. His story relates directly to the 11 million undocumented immigrants currently living in the United States and LGBTQ individuals fighting for equality and civil rights. 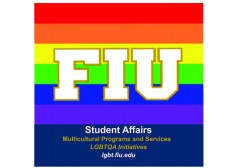