In 1990, seven young male dancers joined Madonna on her most controversial world tour. Their journey was captured in the 1991 documentary, Truth or Dare. As a self-proclaimed 'mother' to her dancers, 6 gay and 1 straight, Madonna used the film to make a stand on gay rights and freedom of expression. The dancers became paragons of pride, inspiring people all over the world to dare to be who you are. Twenty five years later, the dancers share their own stories about life during and after the tour. What does it take to express yourself? 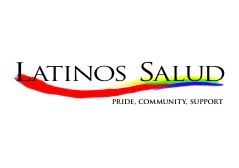