SafetyFirst_TheMovie_Trailer_INT from Sofie Peeters on Vimeo.

Language: In Flemish and Dutch, with English subtitles

INTERNATIONAL PREMIERE
Based on an insanely popular sitcom in Belgium about four incompetent security guards, Safety First: The Movie builds on this premise and ratchets up the crazy. In the film, the four security guards are going to work at the world-famous dance festival Tomorrowland. While there, Luc discovers that Dirk has feelings for... a man. But no one believes him (Ingrid promised Dirk she would keep his secret many years ago and Smos is busy trying to launch his own dance hit). Luc, however, is determined to prove that Dirk is gay. Let the madness begin! 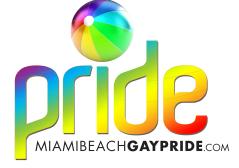