Language: In Italian, with English subtitles

SOUTHEAST PREMIERE
19 year-old Arianna struggles with her body, sexuality and identity. The film begins with Arianna explaining that she was born three times: once as a boy, once as a girl and a third time during the summer at her family’s old country home. Despite her age, her breasts still aren’t developed, she has never had her period, and sex is unknown territory. Through her confusion, Arianna sets out to answer fundamental questions about the life that she has been living for years. Arianna is a beautiful film shining a light on the Intersex community. 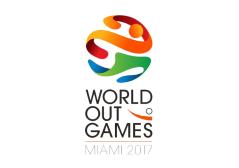