VIVA stars Héctor Medina as Jesus, a young hairdresser working at a Havana nightclub that showcases drag performers, who dreams of being a performer himself. Encouraged by his mentor, Mama (Luis Alberto García), Jesus finally gets his chance to take the stage. But when his estranged father Angel (Jorge Perugorría) abruptly reenters his life, his world is quickly turned upside down. As father and son clash over their opposing expectations of each other, VIVA becomes a love story as the men struggle to understand one another and reconcile as a family.

See VIVA before it screens in this years Sundance Film Festival. VIVA was also a hit at the 2015 Telluride Film Festival, and is Ireland’s entry and was just announced a finalist for the Best Foreign Film Academy Award this year. 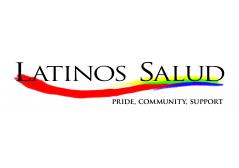