Back on Board: Greg Louganis

BACK ON BOARD Greg Louganis [documentary trailer] from Louganis Doc on Vimeo.

With unprecedented access, Back on Board reveals the complicated life of an athlete whose grace, beauty, and courage sparked a worldwide fascination with diving. Follow Louganisâ€™ rise from a difficult upbringing to universal acclaim as the greatest diver ever, and from pioneering openly gay athlete with HIV to an overlooked sports icon. Watch as an American legend re-emerges on the world stage to combat prejudice, promote tolerance, and return to the diving world after a long period of absence to act as a mentor to the next generation. 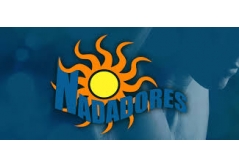