Not Safe To Be Me

Not Safe To Be Me - Trailer from Leprika Productions on Vimeo.

Not Safe To Be Me is a birdâ€™s-eye view of the issues faced by lesbian, gay, bisexual and transgender people, from the early 20th century to the present. Director, Laura Dâ€™Antoni, examines bullying, coming out, history, religion and suicide through a series of interviews of young and old LGBT people who share their experiences. Paralleling these stories is the biography of Miami-Dade educator, Robert Loupo, whose own experiences with suicide and assault led him to create Safe Schools South Florida, an organization that trains teachers to recognize and intervene in anti-gay bullying.

Director Laura Dâ€™Antoni and interviewees from the film are scheduled to appear. 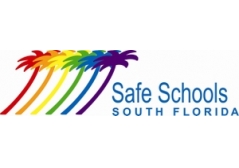