Kidnapped For Christ tells the shocking stories of American teenagers who were taken from their homes and shipped to Escuela Caribe, an American-run Christian behavior modification program in the Dominican Republic. The film centers on David, a straight-A student who was sent to Escuela Caribe because he is gay and his parent's cant deal with the situation. When a young evangelical filmmaker is granted unprecedented access to film behind the gates of this controversial school, she discovers shocking secrets and young students that change her life. 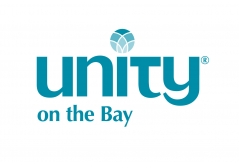