Talent to be in Attendance | Director, Joey Kuhn
Q&A to follow film

Charlie and Sebastian are childhood best friends, despite Charlieâ€™s obsession with his rich, charismatic pal. Following the arrest of Sebastianâ€™s father, Charlie moves in with his friend for support. Soon after Charlie meets Tim, a pianist, whose willingness to talk about his feelings is both intriguing and intimidating to Charlie who faces a choice between what he has always wanted and what might be, though neither option proves easy. Set in the wealthy world of Manhattanâ€™s elite millennials, Those People tells a familiar story of loyalty, but in a way that is uniquely beautiful. 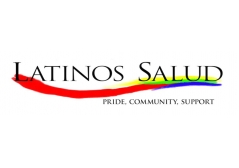