The Way He Looks - Trailer - English Subtitles from Daniel Ribeiro on Vimeo.

The Way He Looks is based on the award-winning short (I Donâ€™t Want To Go Back Alone.) Leonardo is a blind teenager dealing with an overprotective mother while trying to live a more independent life. To the disappointment of his best friend, Giovana, he plans to go on an exchange program abroad. When Gabriel, a cute new student in town, arrives at their classroom, new feelings blossom in Leonardo making him question his plans. This sweet, charming, engaging coming-of-age story is truly a gem for audience members of all ages.

The Way He Looks has been elected as Brazil's submission for the Best Foreign Film at the Academy Awards. 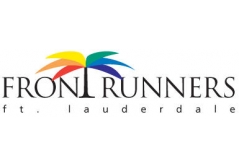