EAST COAST PREMIERE
Phea is an aspiring singer-songwriter who feels stuck. Her music career has stalled like her relationship with her girlfriend Justine. When Justine stops answering her calls, Phea tries to find her to get some explanation — but she is soon drawn into the orbit of a dangerous human trafficker that puts her and Justine’s lives on the line and Phea will do whatever it takes to save her lover. Come for the emotionally and politically resonant lesbian spin on the myth of Orpheus and stay for the extraordinary debut and music of Sherika Sherard — the singer/songwriter cast as Phea after the director saw her busking in a London tube station. Courtesy of OUTFEST 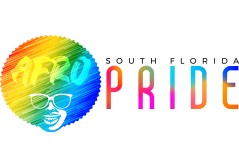