Language: In French, Swedish, Spanish, and English with English subtitles

This strikingly researched documentary excavates and celebrates the profound love that developed between Nelly and Nadine, two women who met in Ravensbrück concentration camp and became each other’s lifeline and lifelong partner. Through archive photos, super 8 reels and memoirs that had been gathering dust in the family’s attic, we can now follow their magnificent global journey and tap into queer histories largely untouched by mainstream narratives. Powerful and intimately revolutionary, Nelly & Nadine captures a queer couple’s domestic life in ways rarely seen on screen; the result is a deeply moving account of love blossoming in unspeakable circumstances and of two individuals’ fearless fight for who they really are. 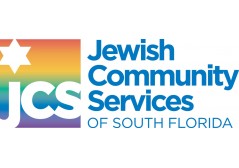