Language: In Hebrew with English subtitles

Tom likes to be wanted. While waiting until compulsory military service he works as a pizza delivery boy and photo model, where he meets an older photographer beginning a complicated relationship. And then there is his good friend Galid, whom Tom unashamedly adores, but after one encounter Galid heads back to his girlfriend. In the end whose love will win? Eyal Kantor infuses Like Me with fresh, sexy actors, who create a film that is more than the usual gay coming-out story. A modern story with great visuals and a strong soundtrack. 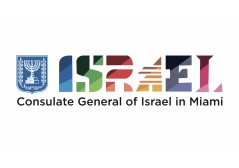