Language: In French with English subtitles

EAST COAST PREMIERE | LADIES' SPOTLIGHT FILM
Vicky, a strange and solitary little girl, has a magical gift: she can reproduce any scent, and collects them in a series of carefully labeled jars. She has secretly captured the scent of Joanne (Adèle Exarchopoulos), her mother for whom she nurtures a wild, excessive love. When her father’s sister Julia bursts into their life, Vicky reproduces her smell and is transported into dark and archaic memories which lead her to uncover the secrets of her village, her own existence and the relationship between Joanne and Julia. The Five Devils is a visually and aurally fascinating spectacle of memory, motherhood, unfulfilled desires, and a life put on hold.
IN-PERSON ONLY SCREENING 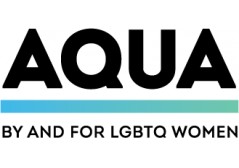