COCKTAILS & CINEMA™ EVENT | IN-PERSON ONLY SCREENING
Portuguese director Rodrigues packs more clever ideas and delightfully rude fun into 67 minutes, than most movies do in twice the time. In an altered version of the present, we follow the life of Prince Alfredo. This sensitive, environmentally aware royal doesn’t want to be the next king. He wants to hold the firefighter’s hose (pun intended) and save the forests! So begins his career with a fire brigade whose gay members excel in classical art knowledge and homo-erotic dance routines. Alfredo’s fairy-tale romance with hunky colleague Alfonso provides the perfect platform for Rodrigues’ sharp and funny commentary on race, class, imperialism, and the future of our fragile planet.


SCREENING WITH BY SHORT FILM:
TWO BOYS WHO GO TOO FAR FROM THE SUN
Directed by Lucelia Sergio, Cibele Appes, Brazil, In Portuguese with English subtitles, 30 minutes
The day before the fight for the boxing championship title in 1962 between Afro-Caribbeans Benny Kid Paret and Emile Griffith, the first world boxing champion to come out as bisexual, at the weigh-in, Cuban Paret insulted Griffith many times concerning his sexual orientation, who got into the boxing ring unsettled and threw a series of punches at Paret, leading him to coma. Paret died ten days later, and the tragic event haunted the champion till the end of his days. 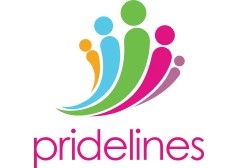