ON OUTSHINE AT HOME

Language: In Norwegian with English subtitles

Young and Afraid is a raw film about young people fighting their demons. In the autumn of 2017, bisexual Petter (24) was standing on top a bridge, preparing to end his life, when he was stopped by the police. This started a therapeutic journey with his best friend, Sverre. Equipped with a film camera, they scour the streets of Oslo, befriending people struggling with their own problems, from drug addiction to accepting their sexuality. The filmmakers want to shed light on how people cope with the challenges they face. By trying to understand their destructive patterns, Petter becomes aware of his own. 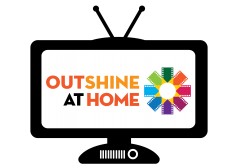