Youthful dreams of Broadway stardom meet the realities of adulthood in Triple Threat, the story of three long-time friends whose shared vision for success is jeopardized as straight Chloe, Lesbian Maggie and pansexual/bisexual Gus each decide what’s most important in life and how to achieve it. Fresh out of college, Chloe and Maggie put their all into creating their new original musical Firefly only to have their leading man depart on the eve of the show’s first workshop. With Gus on hand to fill the role, ten years of hard work pay off and the show is picked up for a Broadway premiere, promising the three dreamers everything they’ve ever wanted. But now in their thirties, each realizes that happiness might look a little different from what their younger selves envisioned. Eager to become a father, Gus turns to Chloe and Maggie for help and the three friends embark on a contemporary approach to parenthood. As the births - of the show and the baby - approach, Chloe, Maggie and Gus will have to grow up quickly and admit to themselves (and each other) how their evolving dreams will change their friendship forever. Bursting with vibrant original music and a distinctly Broadway vibe, Triple Threat is for every theater kid yearning to make it big, every chosen family bonded by friendship, and anyone who’s put it all on the line to realize their dreams. 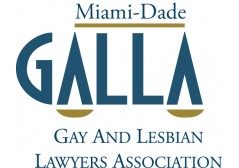