NIMBY – Not In My Backyard
(NIE NA MOIM PODWÓRKU)

STREAMING December 3rd - 6th
NORTH AMERICAN PREMIERE
Mervi travels from their hip enclave in Berlin to her hometown in Finland with her German-Iranian girlfriend Kata to confront her parents and come out of the closet. There, she finds out that she’s not the only one hiding secrets. The two girls will find themselves in the middle of social mayhem in a community of gang bangers, bisexual pastors, activists, racists, refugees, alcoholics and drug abusers. As if that’s not enough, they will be confronted by a belligerent neo-Nazi group who hold the couple and their repsective families and friends hostage in the house forcing them to come face to face with their own prejudices and misconceptions.
Q&A with 'NIMBY' - Jani Poso (producer), Susanna Pukkila (Mervi-Lead Finish), Mari Rantasila (Kaisa-Mervi's mom), Teemu Nikki (Director, Co-Wirter), Stephan Schad (Hermann), Elias Westerberg (Mika), Leila Abdullah with OUTshine Executive Director, Victor Gimenez and OUTshine's Board Co-Chair, Jen Kriz. 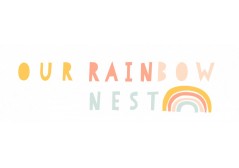