Where the Men Are - Men's Shorts Package-2

English
Summer, 1991. Before he leaves for his last year at summer camp, closeted teenager Daniel is nudged by his mother Rachel to share a moment and a glass of lemonade with his Uncle Ira who is dying of complications from HIV/AIDS. Ira wants to talk about their shared identity together before time runs out, but Daniel may not be ready to take that step.

Polter
Álvaro Vicario, 10 mins, Spain, 2019
Spanish w/ English Subtitles
José faces a paranormal event that breaks into his home. As he fights for his life against the supernatural powers, Jose will have to discover the secret behind the phenomena if he wishes to regain control of his home.

Short Calf Muscle
Victoria Warmerdam, 13 mins, Netherlands, 2020
Dutch w/ English Subtitles
Anders is different. However, after an appointment at the physical therapist’s office, Anders finds he is viewed even more uniquely than he ever imagined. And it has nothing to do with the fact that he is gay. The following 24 hours are about to be quite interesting.

I Bleed (Sangro)
Tiago Minamisawa & Bruno H Castro & Guto BR, 7 mins, Brazil, 2020
Portuguese w/ English Subtitles
Inspired by a true story, I Bleed is the intimate confession of a person living with HIV and the whirlwind of emotions that come along with it. This animated film tries to demystify issues that to this day persist in society’s imagination about the virus.

Skin
Daisy Stenham, 12 mins, UK, 2019
English
Set in the undisclosed future where advanced technology means less privacy, we meet Nathan who is rapt with grief on the morning his Chief Happiness Officer is dispatched to help him.

Chigualo
Christian Rojas, 18 mins, Ecuador, 2020
Spanish w/ English Subtitles
At the Chigualo festival, the death of Jesus is celebrated during this day when God does not look at the sins of the people. Manu, a ten year-old indigenous boy from the Ecuadorian coast, will use this day to reveal his true desire.

Our Place Together
Clay Marshall Pruitt, 18 mins, USA, 2020
English
Two young husbands retreat to their favorite camping spot to hash out some life-altering news and the ramifications it will have on their marriage and their future together.

netuser
Eric Rosen, 15 mins, USA, 2019
English
Peter Sardovski is obsessed with political assassinations. He can’t shake a nightmare that a current LGBT candidate is at risk, and despite warnings to the contrary Peter posts a video comparing his dream to the murder of MLK. The backlash is fierce and brutal. With his husband and 2-year-old son in protective hiding, Peter must confess the secret that has led to him being canceled - a revelation that threatens his marriage and his future. But darker forces are manipulating Peter in ways he can’t understand, leading to news that his dream may actually have been a premonition. 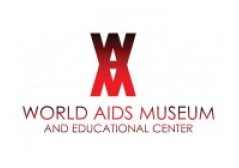