Surviving the Silence:
The Untold Story Of Two Women In Love Who Helped Change Military Policy

In the early 1990’s, a highly-decorated colonel was forced to expel an Army hero (Margarethe Cammermeyer) for being a lesbian. What no one knew at the time was that the same colonel was herself a closeted lesbian. Decades later, this truth is exposed in all of its complexity, and the three women involved come together again to contemplate those events and their impact. Along the way, two of the women candidly revisit their life together and how they found love against a backdrop of impossible choices. By the film's end, they find something even more important and unexpected - their own voices as out and proud lesbians, later-in-life social activists, and dynamic role models for others.

A young queer woman in the American south comes to terms with her sexuality, shattering her deep-rooted religious beliefs and cultural stereotypes within her conservative community, family and self. 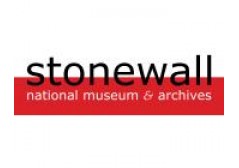