CLOSING NIGHT FILM
And Then We Danced

Merab is a talented dancer. His burgeoning romance with stage partner Mary is thrown into disarray by the arrival of the magnetic Irakli, leading to a forbidden sexual attraction that recalls those in Moonlight and God’s Own Country. Georgia is a country that only celebrated its first LGBTQ+ pride event seven years ago and its society remains conservative. Because of this, And Then We Danced has stirred controversy and many involved remain anonymous out of fear. Amid the potential for socially explosive fireworks, Swedish director of Georgian heritage Levan Akin has captured something uniquely tender and personal.

"It will leave you valuing your freedom." 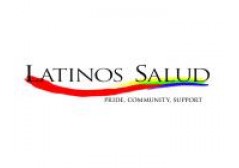 WHERE THE MEN ARE: MEN'S SHORTS PROGRAM