MEN'S SPOTLIGHT FILM
From Zero To I Love You

Pete Logsdon is just a guy in Philadelphia whose fear of intimacy creates his history of getting involved with married men. His father and his soon-to-be step-mother are on him to settle down and find someone who’s actually available. Instead, he finds a man named Jack who is fifteen years into a perfect marriage, has two beautiful children and an enviable wife, and is firmly inside the closet. Could this be the one? Featuring strong chemistry between the leads, director Doug Spearman (Noah’s Arc) creates authentic characters in this highly engaging, obstacle-filled romantic comedy. 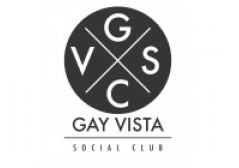