Egor is a fearless state forest guard in the Siberian Taiga. He is a good family man, respected by his fellow villagers. He and his wife Natalia are expecting a second child. But one day Egor finds out that he has cancer and only two months left to live. No traditional medicine or shamanic magic can save him. As a last resort, he chooses to take the identity of a woman so death can’t find him. He finds that his new identity is his true self and his family and the local society now have to accept the new Egor.

"I am a sucker for stories about people who are living their true selves at all costs." 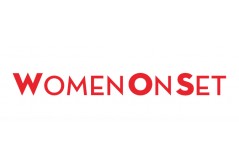