A Moment in the Reeds

Having moved to Paris for university, Leevi returns to his native Finland for the summer to help his estranged father renovate the family lake house. Tareq, a recent asylum seeker from Syria, has been hired to help. When Leevi’s father must return to town, the two young men establish a connection and spend a few days discovering one another. The film casts the long-marginalized voices of sexual and ethnic minorities center-stage in an exploration of contemporary Finnish society and national identity, but the struggles and issues are universal.

I was struck by how every character and every scene felt so real, which made every turn of the story so riveting, and so unforgettable. A selection at film festivals in London, Germany, and Sweden, it makes its Miami debut at OUTshine. 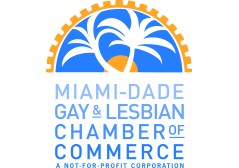