In Salt Lake City, the religious monoculture severely complicated the AIDS crisis. Patients received no support from and were even exiled from the political, religious, and medical communities. Mormon culture encouraged gay men to marry women and have a family to cure themselves of their "affliction". This counsel led to secret affairs and accidental marital transmissions. In the entire state and intermountain region there was only one doctor to serve all HIV/AIDS patients. This is the story of her fight to save the lives of a maligned population everyone else seemed willing to just let die. 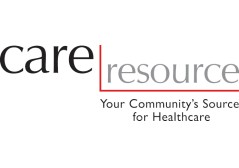